Ever since I’ve read a favourable review in the LEVEL magazine, I’ve kept this game on my list of things to play once I upgrade my hardware. A few years later the time has finally come. I’ve been really looking forward to it for more than one reason – besides having high expectations of game-play and affable characters, I’ve never really played any spaceship simulation – those few minutes of X hardly count. 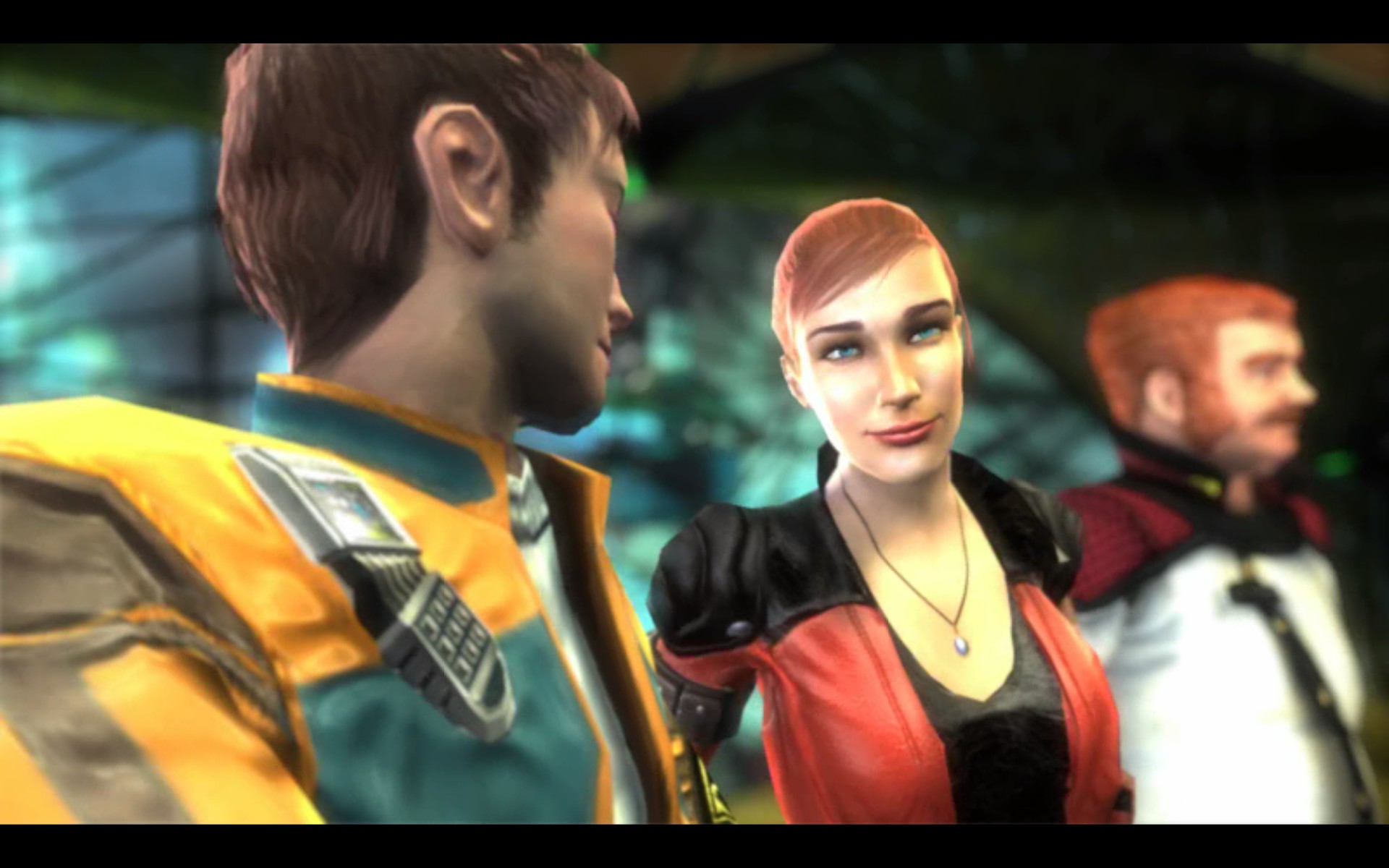 Our heroes: The first encounter

The game was off to a nice start – after a short (and pretty standard) intro where I learned my (character’s) father died in circumstances more dubious than he was led to believe, I was given a ship he left me, called Darkstar One. Soon I started trading with various goods and making some money, defending against the occasional pirate ambush and cursing through gritted teeth at my inability to shoot them down. I really enjoyed figuring various game mechanics out – when to buy or sell, how to control the ship’s engines or how to aim properly, accounting for both mine and target’s movement speed and direction – only to find out later that all of these were either at least explained in-game or outright aided by my ship’s computer, I just haven’t noticed them before. (The way I look at it – at least I had more fun.)

Contrary to some other “space trading and combat simulator” games there is no way to buy a new ship. Instead, you are told your Darkstar uses unique technology and is upgraded through “artifacts” you find scattered about the galaxy. After gaining a new ship “level”, you get to upgrade your hull and stats, as well as a special “plasma cannon”. The latter offers various effects – from a shield-disabling beam to reactor overcharge to temporary invincibility, though I only used a few of them. Depending on your ship’s level, you can buy or upgrade various equipment and weapons. I appreciated that there weren’t overwhelmingly many and it was always clear what each one of them does – nice, considering how many of the more complex games fail at explaining themselves.

But as the story progressed, the game started to feel a bit drawn out. I had little incentive to trade, since I somehow managed to always have enough money to pull through thanks to killing pirates and doing various side-quests (which, most of the time, were pretty varied and fun) and when I did trade, I only dealt with illegal goods which paid big buck for my bang (tee-hee).

Turns out there also are consequences to that. The game features a reputation system – when you deal with illegal goods, after some point you get infamous enough and will be targeted by police scans more often. Kill enough pirates, and you will get a higher Mercenary score, attracting yet more pirates. The whole thing was nicely unobtrusive though, and at no point have I been forced to choose one faction over the other. 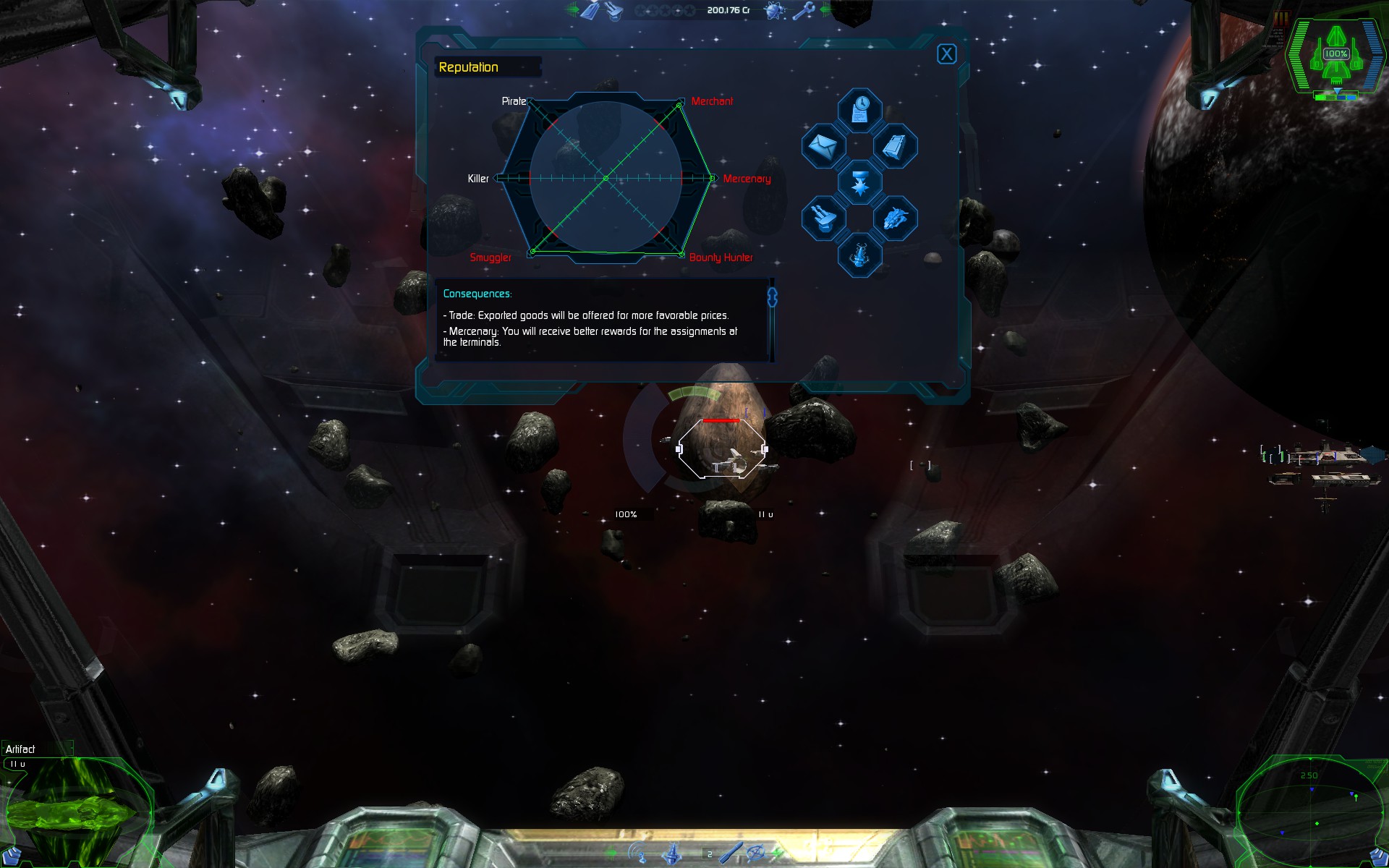 Combat, the part I struggled with the most, turned out to be the best part of the game later. At least seven keys were used just to control the ship’s movement, but once I got used to them they provided great agility and freedom. I even wished there were two more, allowing me to do a steep “dive” or “rise”. Automatic turrets, manual weapons and rockets of two different types in combination with frenetic chases and close dodges were reason enough to play.

So as a first experience with the genre I am pleased, although not all my high expectations were met. Most importantly, I finished the game in 27 hours, at least 7 hours too long. Chained mandatory fetch quests and rescue missions had me travel through half the galaxy instead of letting me get to the point and finish the story already. After completing the final mission that seemed stolen from StarWars (click the picture above and see for yourself) and the final animation, I was left to roam the space freely and do whatever I wished. Which had me turn the game off immediately. There were some games, like the first Gothic, where I’d have welcomed such an opportunity, but here it seemed pointless. There were some unanswered questions – like what kind of an alien technology does Darkstar use, why does it seem to be the only one, or how the hell does nobody find the fact that a ship finds a green artifact, absorbs it and grows a new steel wing at least a bit**odd – but I doubt I’d have them answered. All in all the game is good, albeit a bit too long and if you’re in doubt you should give it a go.

Update: Frosty just told me Darkstar is now on sale on Steam for 3.99€, or together with Patrician III and The Great Art Race for 1.24€. 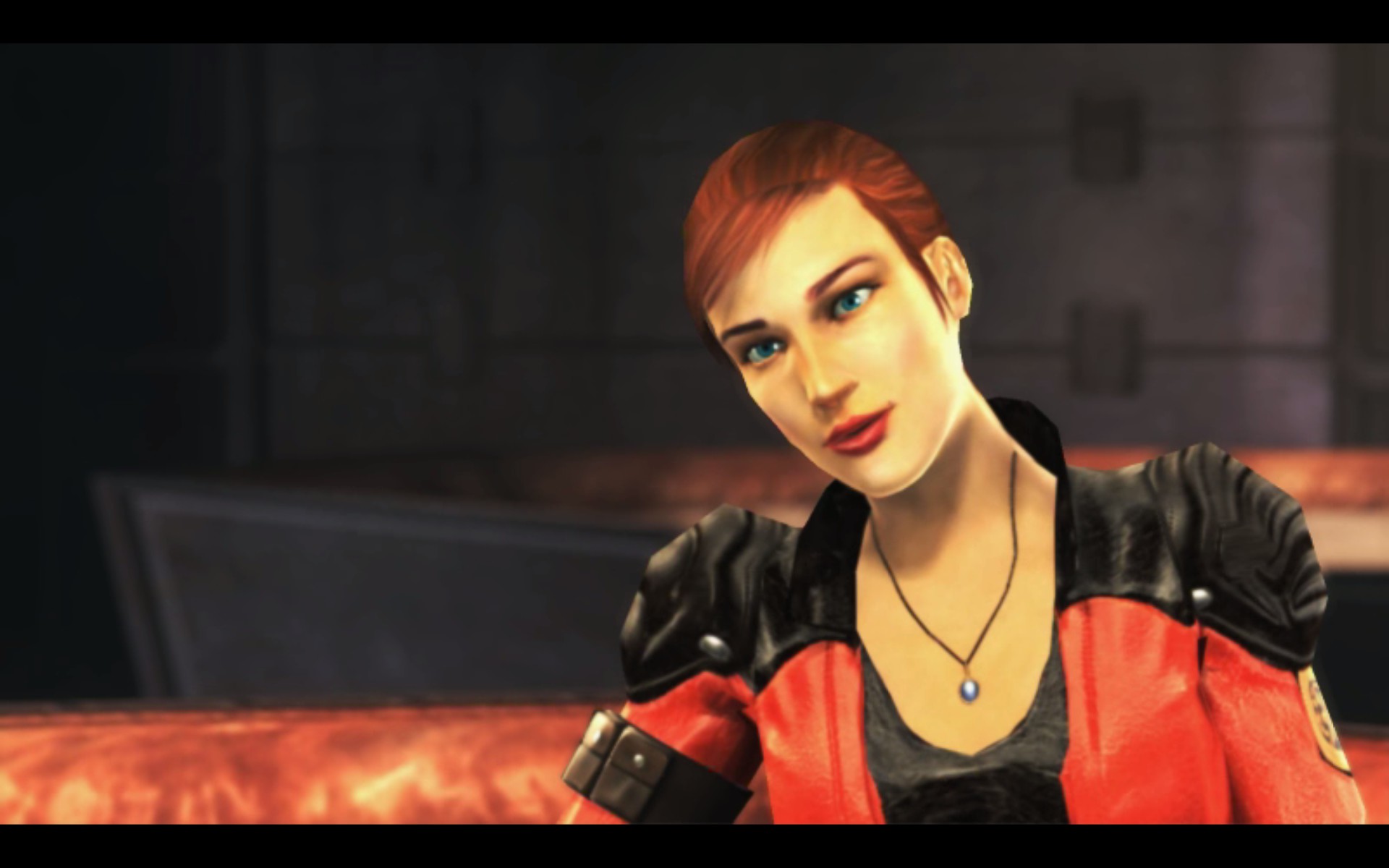 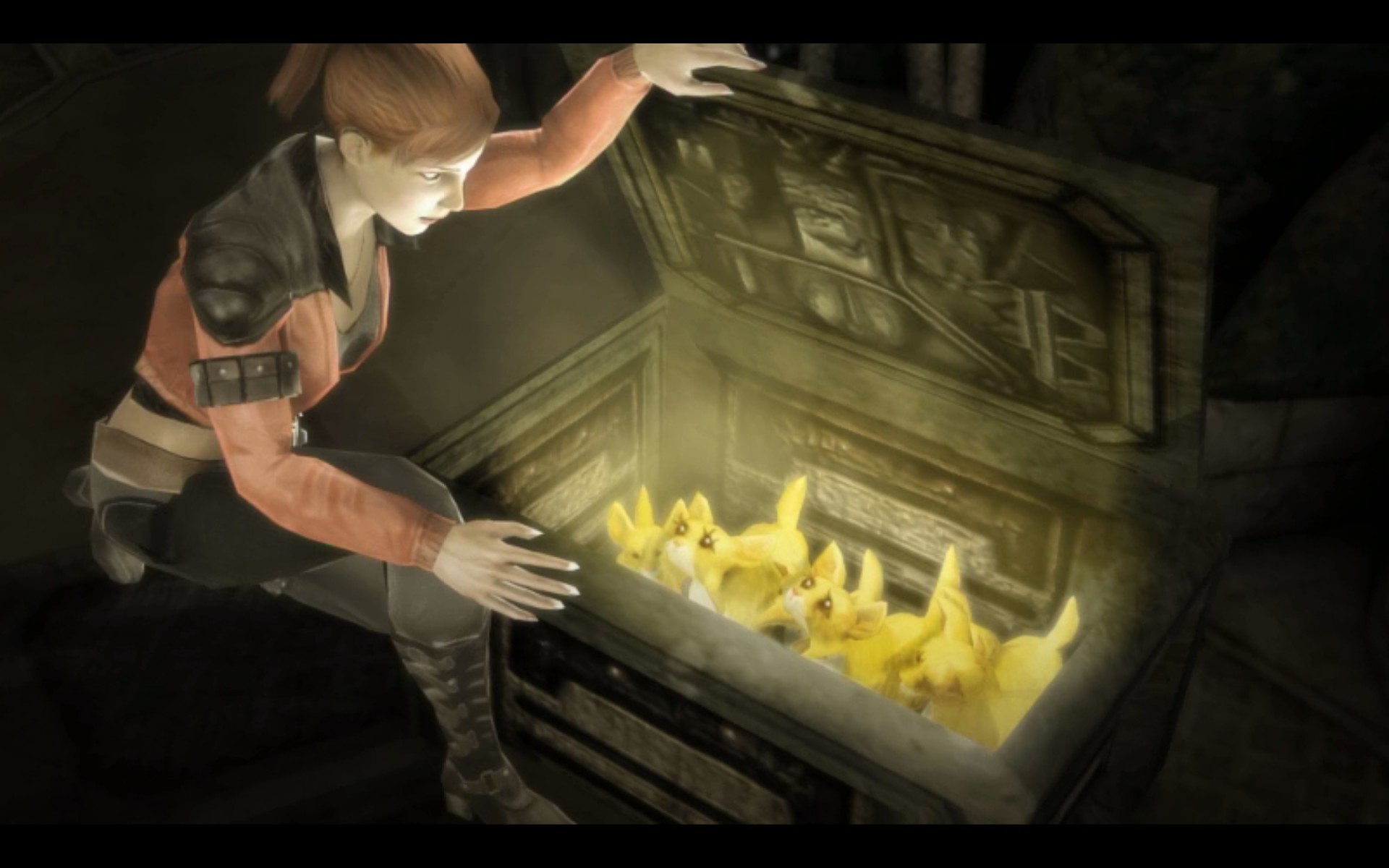 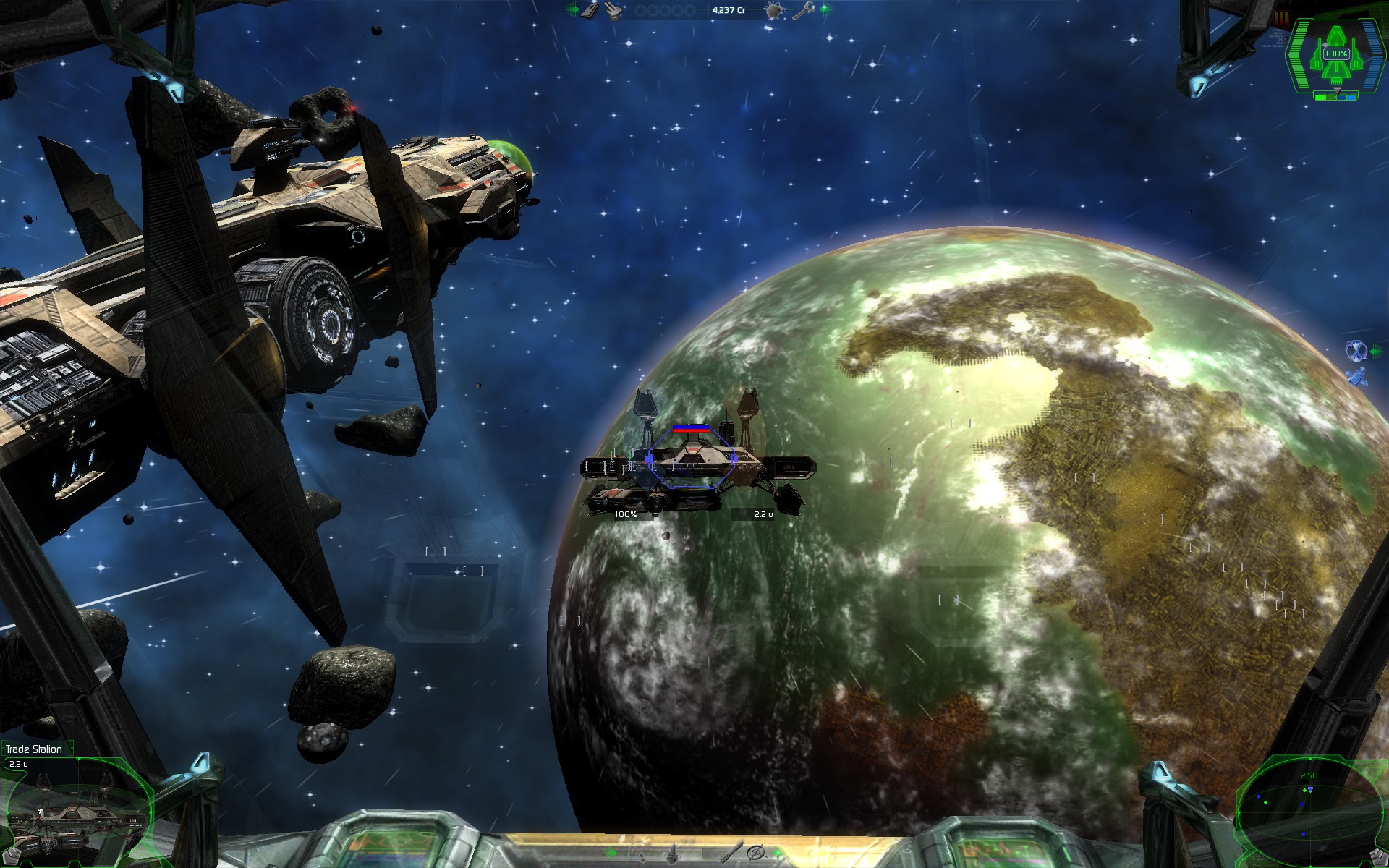 Some sights were really worth it. 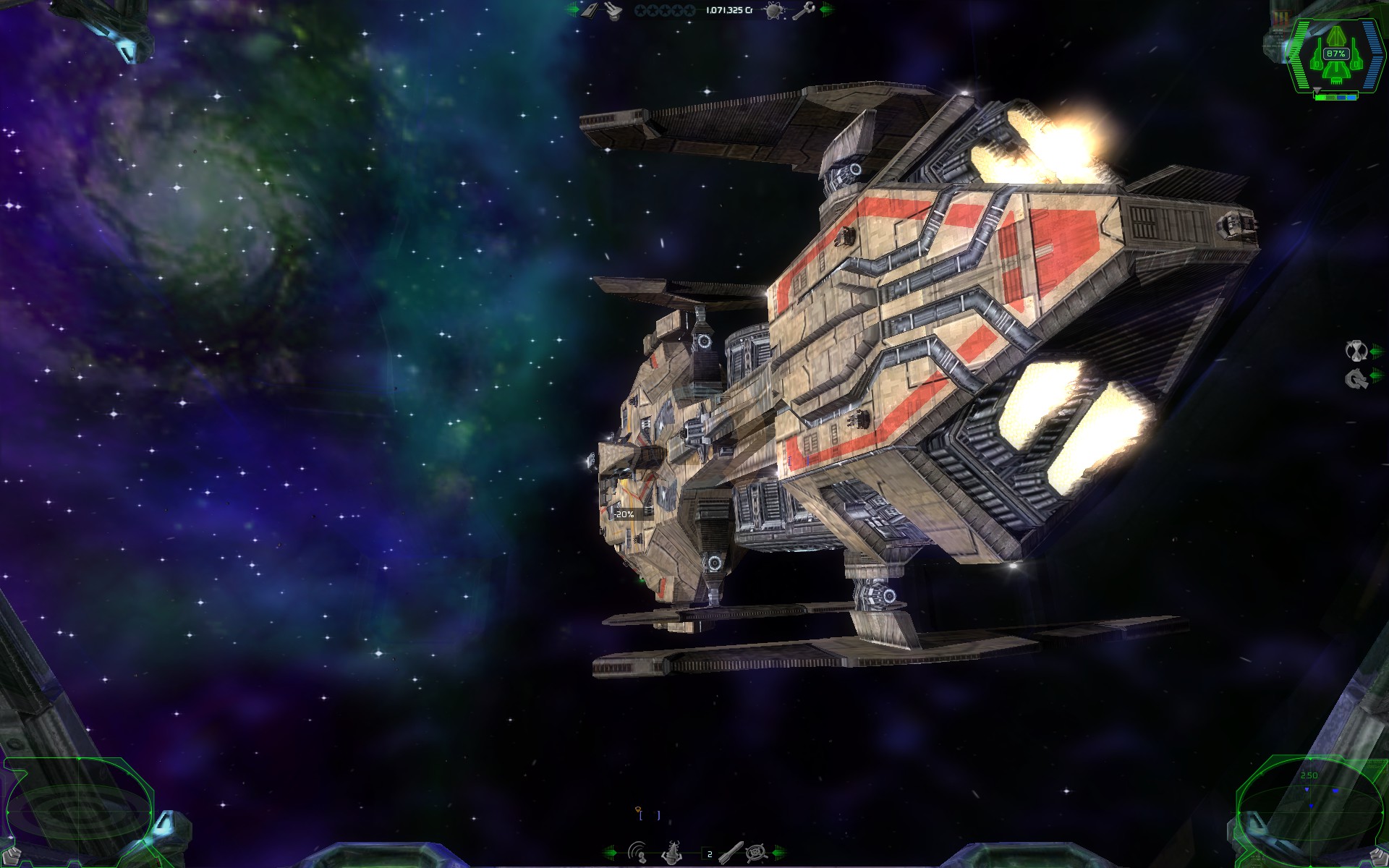