Looking at this list now, I think if you only had to play one game from this list, make it:

The Swapper
It's a puzzle platformer with a self-cloning mechanic. There have been a few like it, but The Swapper really shines. The dark and brooding world you find yourself in will haunt and oppress and choke you the entire time. If you care to read all the clues you find, the game tells an unusual, philosophical story that will keep you going forward, with an ending that will leave you pondering your choices in silence. 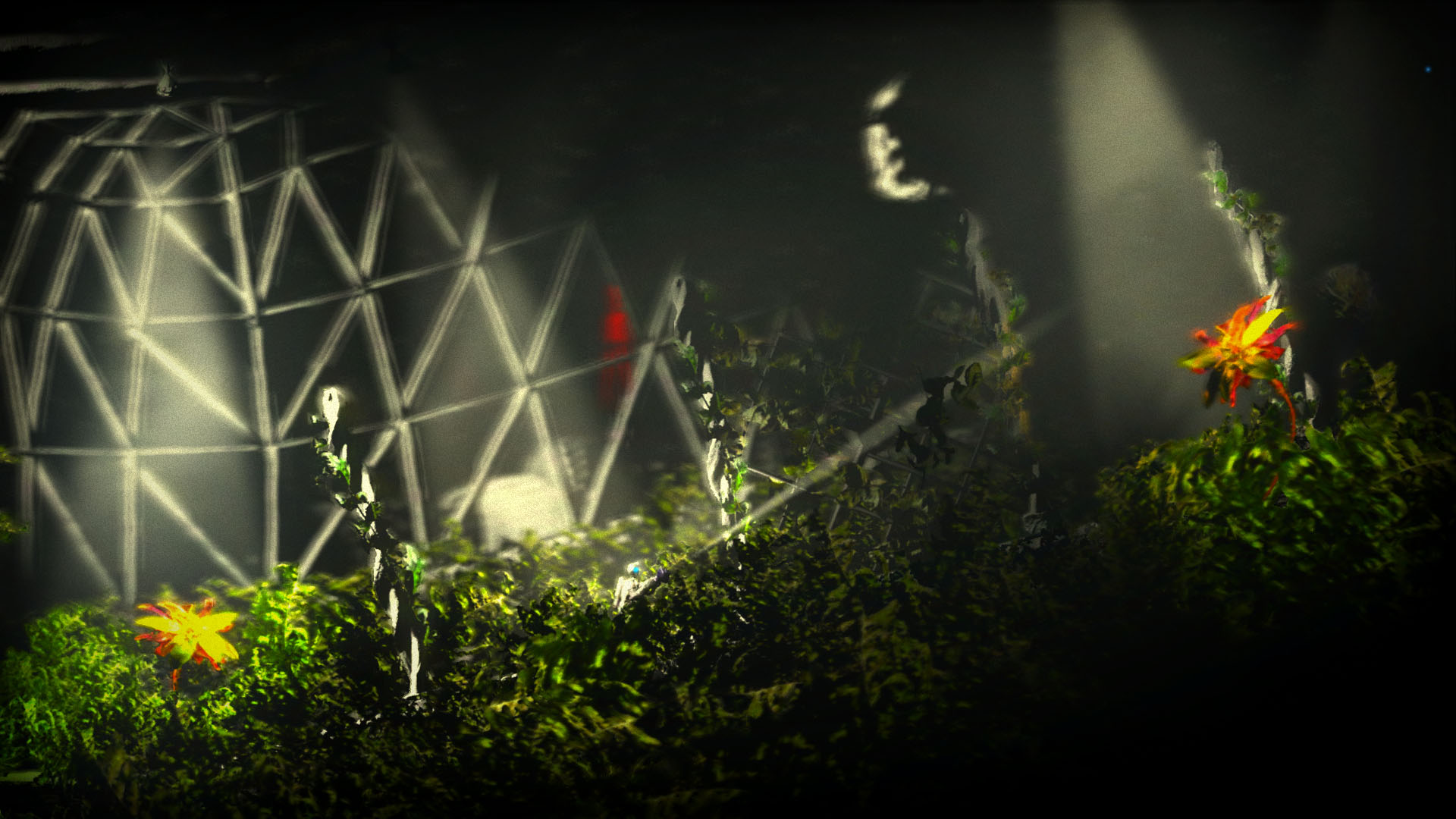 Heroes of the Storm, Blizzard's answer to League of Legends and Dota 2. It fixes many of the things I didn't like about Dota (even the community is friendlier), and brings in plenty of fresh, new ideas. (I've written about it at length in the Slovak part of the blog.) I've spent a considerable time playing HotS, and haven't touched Dota since.

I've picked up SteamWorld Heist more or less at random - I had a new 3DS, no games to play, and I liked the simple but nice platformer, SteamWorld Dig. So I've bought this, and was very surprised: endearing setting with great visuals and great steampunky soundtrack by Steam Powered Giraffe. The game offers enough items to be interesting, but not enough to overwhelm you.

Most importantly, it has a very well designed turn-based gameplay. Each turn every one of your character gets a move, and they can move and then shoot. You've got plenty of time to think, but your skill also matters, because you have to aim manually, the robots hands are shaky. And if you manage to align a perfect hit, ricocheting a bullet from three walls and planting it in an enemy's head from behind, the game shows it in a rewarding slow motion shot. There are many other things to like in Heist - strongly recommended. 😄

In the first months of the year I've played some Pokémon Y. And by "some" I of course mean about 150 hours. I really enjoyed it: the new Mega Evolution mechanic was interesting enough, I enjoyed planning and optimising in-game processes like breeding and hatching and training, the EV-training mini-games were also kinda fun. I even had some luck playin versus a friend, so that of course made me feel doubly smug. 🙃

At the end of the year, Pokémon Sun came out. The first impressions were great: they made some UX improvements, changed up the 20-year-old formula of "8 gyms, then league", added a new mechanic called the "Z-Moves". The game was good, but I ended up disliking the z-moves and ignoring them toward the end of the game and I've felt nothing even close to the OHODSGHKLGHJSDF. I've ended up playing it only for some 60 hours, which is not much for a Pokémon game. (I do still plan to get back to it, maybe try some UB capturing and battle a few friends, once they get to adequate levels.)

I've played my first two Zelda games: A Link Between Worlds and Majora's Mask. I've liked both, probably the first one a bit better. I've already written about them here, so I won't reiterate.

Crypt of the NecroDancer was another pleasant surprise. It's a music game like I've never seen before. I've played my share of Beat Hazard, but never liked the rest of the music games: most of them seemed to be racers, where you dodged obstacles generated by the music. NecroDancer is different: it's a little RPG game, where you are in a dungeon and kill monsters - but the best way to do it is in sync with the music. Look and see:

Her Story and The Beginner's Guide were interesting experiments in a different form of narration - Her Story is just watching videos, thinking about a riddle and watching more videos. The Beginner's Guide is a narrative about exploring expressions of other people through gameplay. Both of them were worth the ~2 hours it took to complete them.

Lastly, Chroma Squad. The pitch is definitely interesting: you play as a bunch of body doubles that decided to quit their jobs create their own studio and shoot an amateur version of Power Rangers. They pretend to fight monsters, but you're playing the fights as a standard turn-based strategy. You can use cardboard and foam to make better props and costumes for them, which is Chroma Squad's nicely thematic version of crafting. But the humour is terrible and the dialogue just abysmal. I'm the sort of person who usually enjoys the "so bad they're good" kind of puns and jokes, but this isn't the case. Toward the end I couldn't bear to read the jarring nonsense even if I tried to. And it got pretty boring and long-winded, once you've tried all of the tricks a couple times. I ended up playing it as a form of absent-minded, lazy fun, while listening to a videocast. Until the last fight, which was so long and annoying I just quit the game and never finished it. 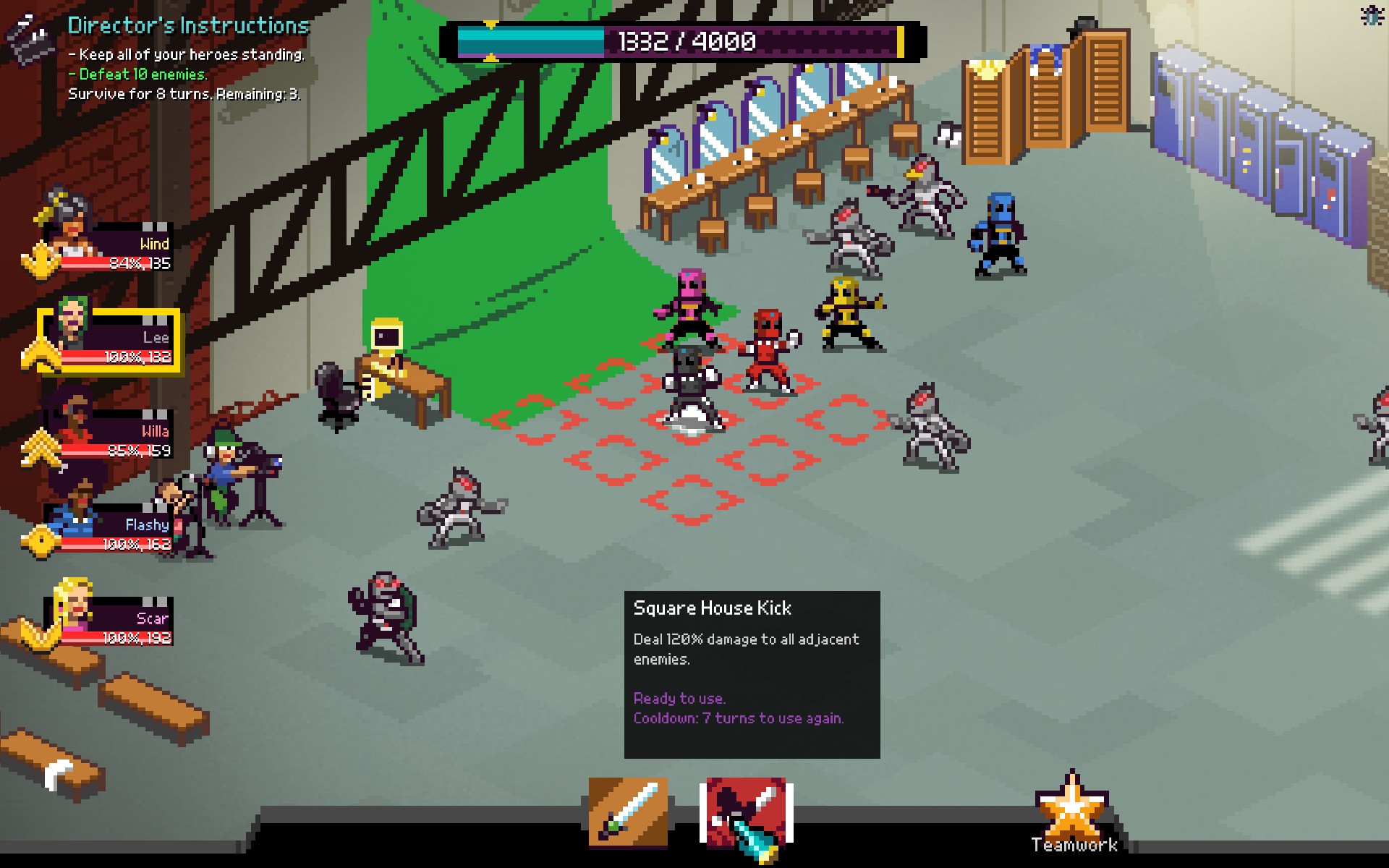