I didn't even remember how much time passed since I switched from Evernote to Joplin - I had to check the previous blog entry. Apparently, it's been more or less exactly three years.

A lot has changed since then - all of it for the better.

To compare, this is what Joplin looked like back then:

And this is a screenshot I took today: 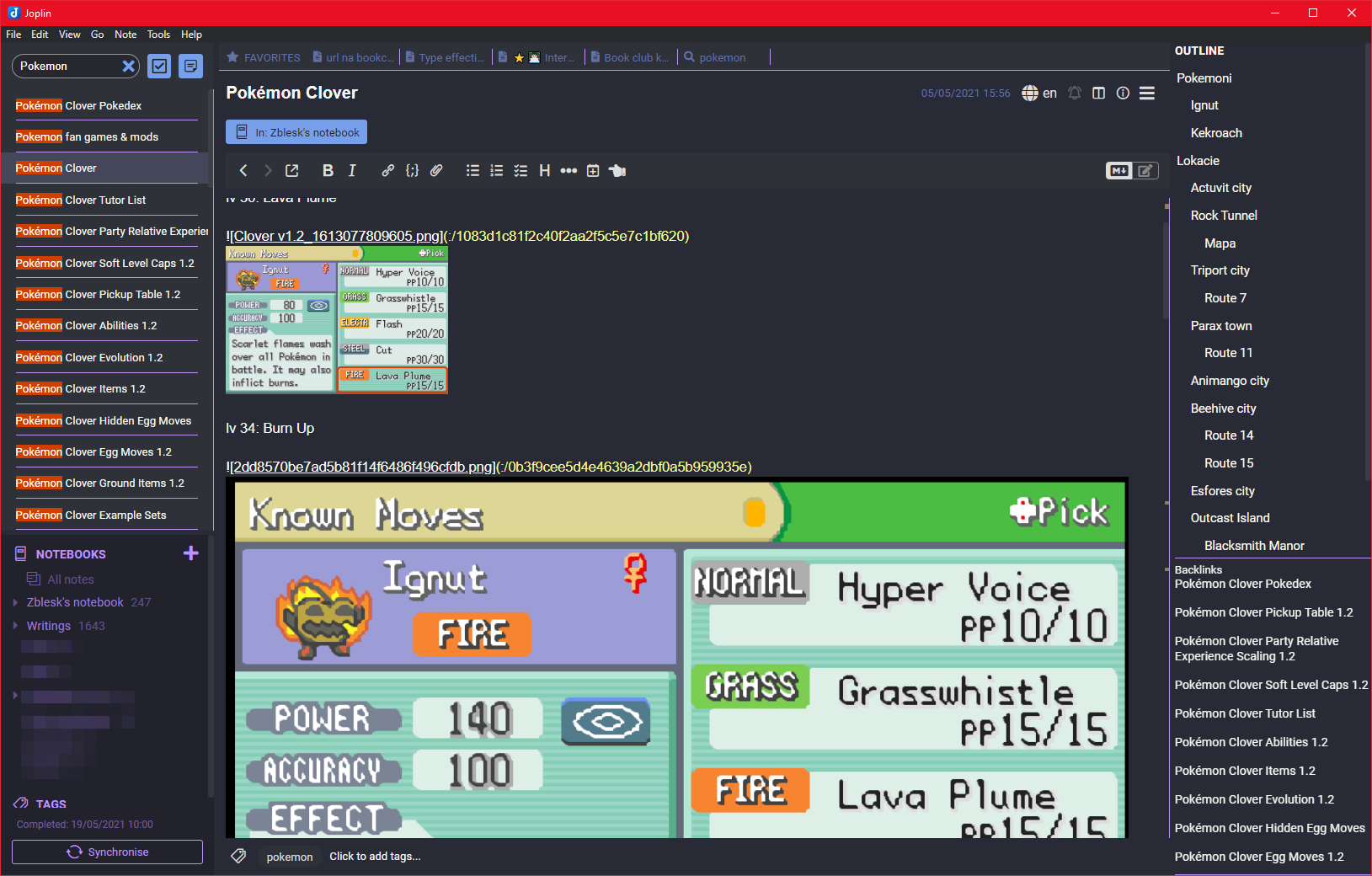 This is not the default look, mind: I made plenty of customizations.

Even three years ago, I thought it had pretty much all I needed; but it kept getting better. It would be impossible to recall all of the features added since then, but some of the most prominent that come to mind immediately:

As you might see in the screenshot, I've used the customization options heavily. Some of my fave plugins are:

One can simply install all of the plugins, open the Layout editor (via View → Change application layout) and move them about to achieve the desired look.

I have used Nextcloud as a WebDav sync target for a few years, but a few months ago I had some difficulties with it; and just at that time, the first (test) version of Joplin Server was released. While Joplin will still support the sync targets it always did (like OneDrive, Dropbox, etc), the new Server is a great option for people willing to self-host. It makes the sync process faster, and will enable note and notebook sharing in the near future. (These features are now in beta.) I have used the first beta of Server since January with nary a hiccup.

All in all: I'm very much satisfied. If you're looking for a new place for your notes, maybe give Joplin a try.