I'd found news of Firefox Quantum yesterday morning during my commute. News items about how some browser is getting so much better aren't exactly rare, but these changes seemed pretty drastic. And I liked the tongue-in-cheek tone of some of the articles 🙃:

The new user interface, named Photon, brings with it square tabs and a much more conventional main menu. The current curvy tabs were met with outrage on their introduction in 2014, so the reversion to square tabs will, frankly, probably be met with outrage, but the look is clean and precise.

Long story short, tried giving it a spin (I had Firefox Dev already installed for dev work), tried it on some resource-intensive pages, thought it actually looked faster and decided to switch to it as my main browser from vanilla Firefox. (Should have done that long ago, for the nice dark theme, if nothing else. 😊)

And about time, too: since FF started displaying warnings about the impending deprecation of XUL-based plugins, my list looked pretty bleak. 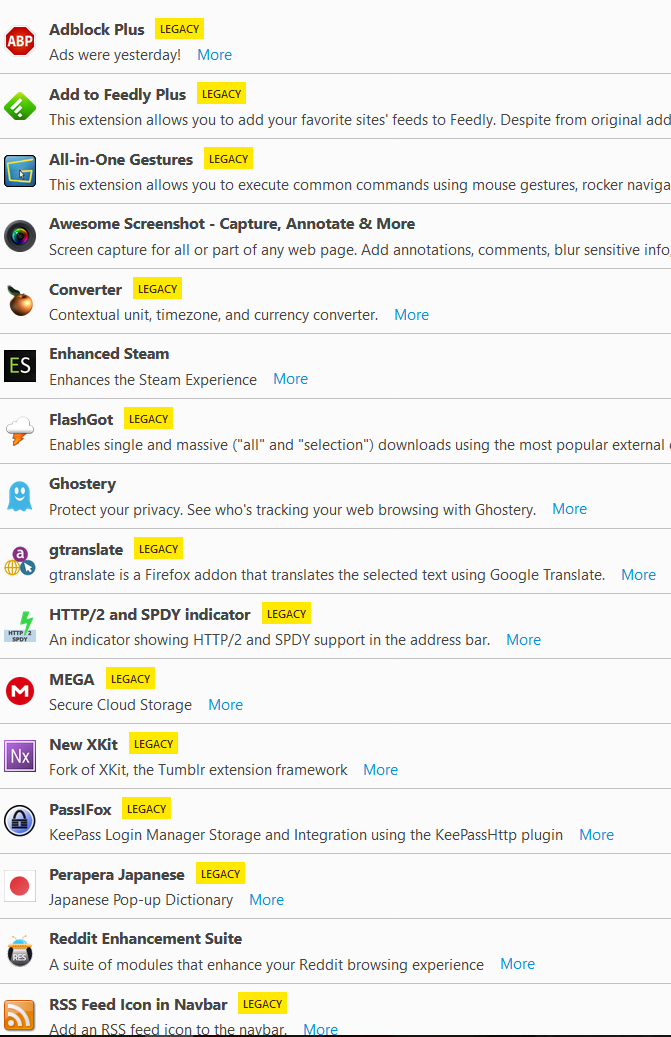 So I replaced anything incompatible with something new. If you like, you can see the results in a collection here, with some caveats:

All in all, I'm pretty satisfied so far. 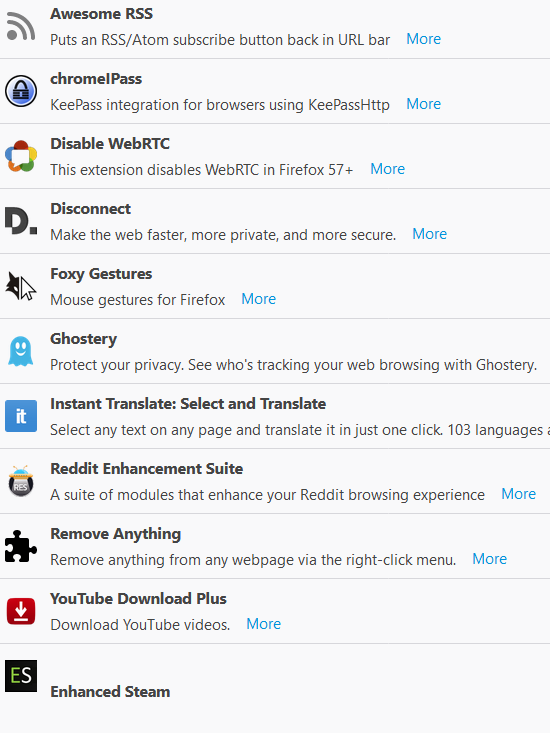